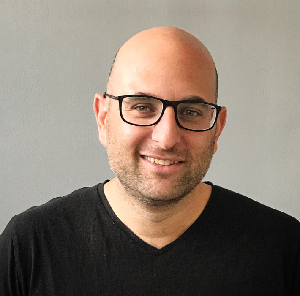 In October 2020, the State of Israel and the United Arab Emirates signed a peace agreement, which in an instant ignited the imagination and hope of the two people. This opportunity opened up a chance for us to visit Dubai, one of the most advanced cities in the world which seemed up until that moment to have been taken from an imaginary futuristic dream. And so, Dubai is the city of the future and one whose horizon seems clear to anyone who takes part in the ambitious projects that are shaping there for at least the next 30 years. Most of these ostentatious developments and projects are all coming together ahead for the "Expo 2020" to be held in October 2021 in Dubai. This important event will be showcasing Dubai’s vision in the post-epidemic global world towards Dubai 2050.

From the mid-1970s onwards, one of the central motifs in cinema was how our lives would look in the future. What will be the lifestyle, what products will we use, will our body remain as it was or change, will the world be filled with robots, will we move around in flying cars, will we be controlled by superintelligence computers and more. As someone who grew up in those years, these were topics that fascinated me and greatly influenced my imagination and thought. The technological leap in the world in recent years has only proved to all of us that a large part of these issues can and already exist in the world around us. High-speed trains, mobile phones, giant screens, the Internet, robots are always evolving, upgrading, and moving instantly from the screen to our reality.

When looking at the city of Dubai from a distance then definitely the most prominent element in it is its impressive and futuristic skyline. The skyscrapers built in recent years and especially the tallest building in the world, the 828-meter-high Burj Al Khalifa, looks like a movie or an apocalyptic painting of a futuristic city somewhere in the distant and invisible future. I guess that's exactly what the city planners wanted us to think. Anyone who has visited New York, Shanghai, Hong Kong, and similar cities, understands that a major part of the power of these advanced cities, each in its own time, is in their skyline. 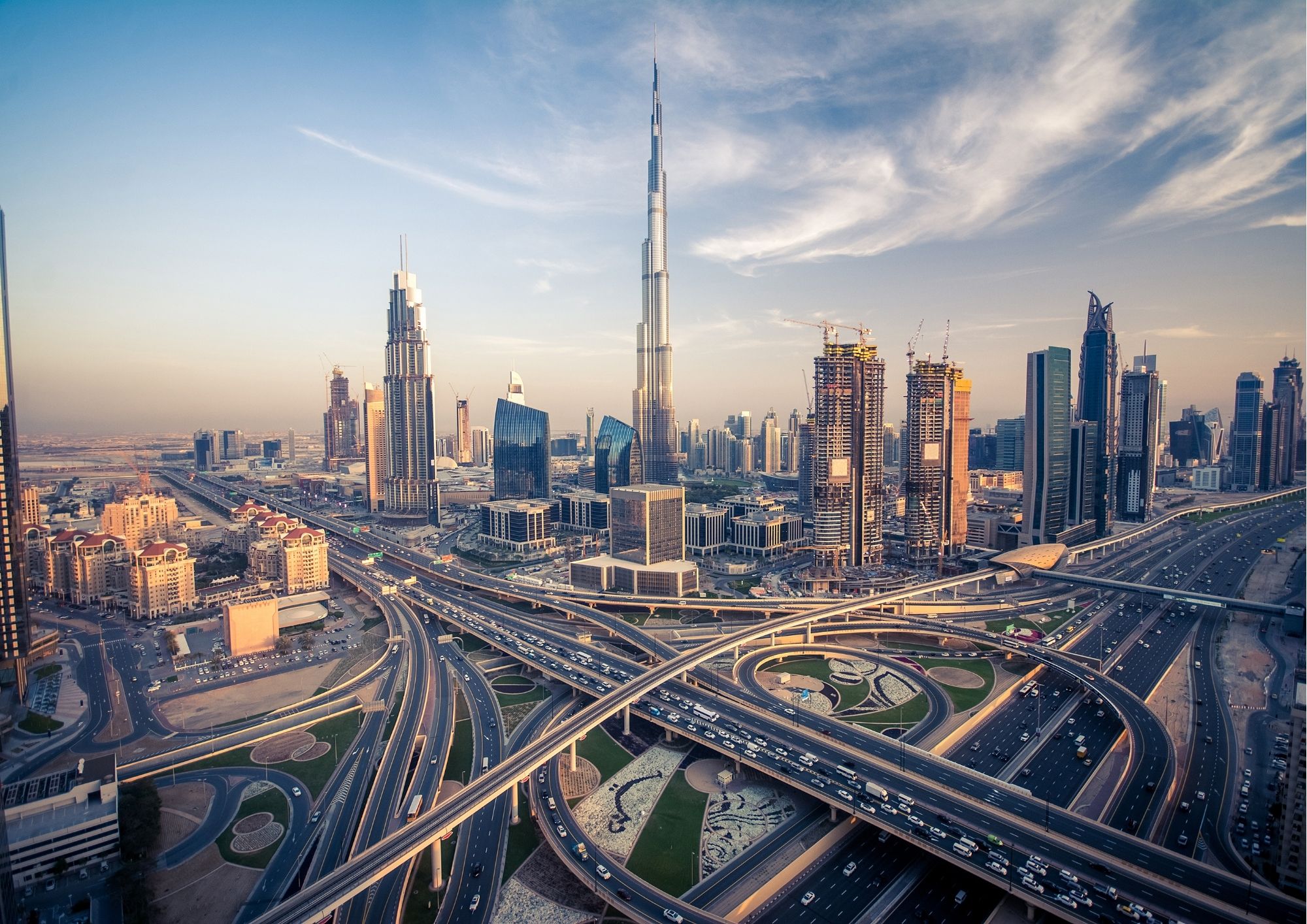 "Dubai Smart City 2021"
Indeed, when one arrives in Dubai one realizes that beyond the impressive skyline, its technological advancement is one step ahead (or a few steps, depending on how one looks at it). In 2014, Dubai's Leader, Sheikh Muhammad bin Rashid al-Maktoum initiated Smart Dubai, an ambitious and unprecedented plan that will make the city the smartest and happiest city in the world. His vision was to enable the 4 million residents coming from 180 countries to move, operate, and work smarter and more efficiently than anywhere else in the world. The initiative was planned in great detail from the high-speed city train to the flying taxis that are planned to fill the city in the not-so-distant future. The primary goal is that by 2030 about 25% of the city's transportation will be autonomous, meaning a driverless vehicle.

In order to achieve the challenging goal they set for themselves, the program's initiators relied on four elements: efficiency, smooth transition, security and personalization. These principles have been implemented in recent years through collaborations with many government officials, direct contact with leading technology companies, conferences, professional meetings, and the installation of cameras throughout the city to increase security. It is enough to see the police uniforms and the cars in which they move to understand the direction the city is heading. Also, following the peace agreements between Israel and the Emirates, many Israeli companies engaged in transportation, security, and advanced computing are already in Dubai promoting the "Smart City" project. The Israeli company Mobileye who develops cutting-edge self-driving and AV tech has recently signed a collaboration with a local real estate and vehicle group for the development of the autonomous vehicle field and the mapping of transportation infrastructure in the city.

Dubai Frame
Even as you walk around the city of Dubai you can see many attractions and museums that are dealing with the future and the developments for the next 30 years. A visit to the Dubai Frame, a museum located inside an impressive and unique gold-plated frame structure, will take you through a metaphorical bridge to a journey through time from the traditional Dubai of a hundred years ago, present-day Dubai and futuristic Dubai of 2050. The Dubai Frame is visible from a distance and rises to a height of 150 meters as the upper side of the building offers walking on a high-rise transparent floor (Dubai Skywalk). 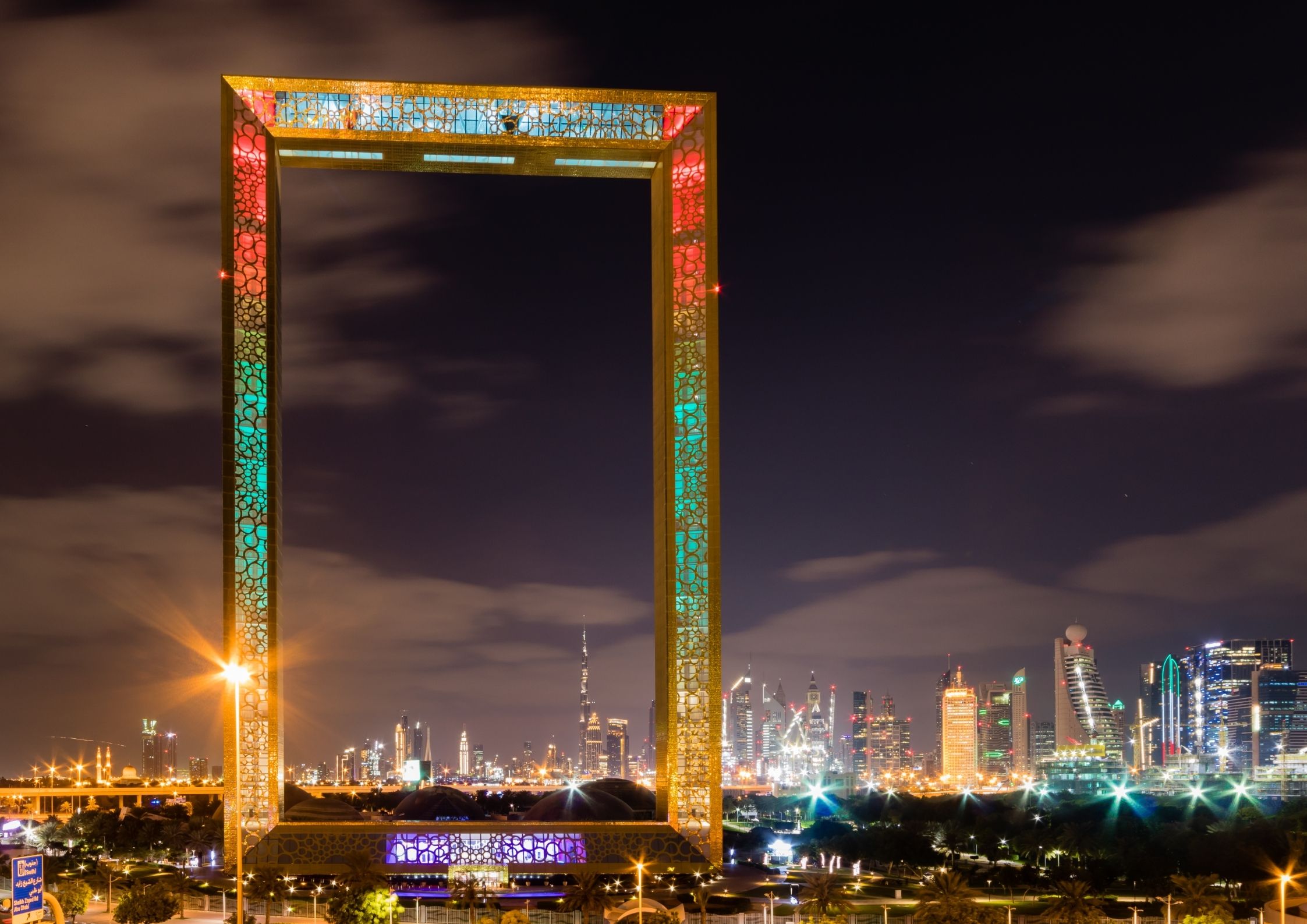 The Museum of the Future
The Museum of the Future, which is expected to be opened in the coming months, is another building with a unique structure that covers an area of 30,000 square meters and rises to a height of 77 meters. It will include in its walls a visitors area and research classrooms that will focus on key technological developments in the areas of medicine, climate and global warming, education, innovative energies, virtual money and more.

Expo 2020 in Dubai
These developments, as well as other ambitious projects, such as homes and offices to be printed on 3D printers, new and advanced capabilities in the fields of artificial intelligence, augmented reality, speed of information transfer, and many more, will continue to exist in the coming years in Dubai. The city will gather to present its achievements and aspirations at the World Expo Dubai (Expo Dubai 2020) which was postponed to next year due to the Corona Virus and will take place in the city starting in October 2021 and will be the first-ever Expo exhibition in the Arab world. Sheikh Ahmad bin Said al-Maktoum, chairman of the Expo 2020 committee in Dubai, said after the decision that "We are pleased with the decision of the participating countries to postpone the World Expo event for a year and leave the event in Dubai. For 50 years we have created bridges and connections around the world for a future that is common to us all. We as hosts believe that thanks to our role we can stir the imagination of the whole world when the time comes." The decision to keep the name "Expo 2020" was made to celebrate the resilience, creativity, culture, and innovation of the human race in the post-epidemic world.

A visit to the city of Dubai can consist of many other things that we have read and heard about - from luxury hotels, beaches with white sand to vast and endless malls. As my friend Alain Strassberg, a CEO of an Israeli travel company that opened the first Israeli travel agency in Dubai, said, "You do not understand what is going on here. It's going to be crazy. "

The future in Dubai looks tangible and closer than we can imagine. Now that we Israelis can also be an active part, influencing and moving the world forward I can only get excited and imagine where we will end up. Dubai is indeed the city of the future and the place for all of us to meet and experience the world before us for at least the next three decades. So hoping for a better and common future for all of us I will finish with the slogan of the "Expo 2020" exhibition - "Connecting Minds, Creating the Future"…

–Motti Mor, CEO of Novosite | Internet Services. Holds an MBA in Business Administration from the Ben Gurion University of the Negev, a BA in East Asian Studies from Tel Aviv University, an expert in Designing Tourism websites, and is a certified tour guide.

Pages on the site

From a physical product for sale online,
is my business ready for the next step?